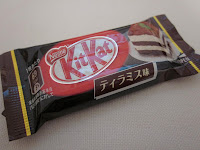 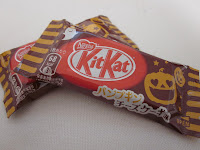 
This has inspired me to host a comment contest of my own. Let me know in the comments which flavor you'd like to see come back. Once the Nestle contest ends I'll select a random comment and send that person whichever throwback flavor Nestle brings back (and maybe a few more from my collection.)

And go vote for your favorite flavor at the Nestle Japan website! There are two Strawberry and two Pudding flavors in there - we can't let them re-release those for the 21323423th time!

*Haven't been reviewed on this blog so I'll be voting for these.
Posted by Jen in Japan at 9:00 AM 42 comments:

Email ThisBlogThis!Share to TwitterShare to FacebookShare to Pinterest
Labels: contest

I have to admit that this is one that has been sitting on my desk for a long time so if you read this and hope to eat it then I'm afraid it might be long gone by now. I went through a phase this last year where Kit Kats simply didn't interest me. Do you blame me? I've eaten a LOT of Kit Kats in the last two years. But I finally got back to some really great Kit Kats again this summer, including the Cafe au Lait Kit Kat.

I've tried, and really liked, other coffee Kit Kats in the past. The Cafe Au Lait Kit Kat promises to be extra special since the Lait in this Cafe au Lait is from Hokkaido. If you want to sell anything to do with dairy in Japan the best way to do it is to promise it is from Hokkaido. They have very happy cows up there producing the best butter, milk, and cheese in the country. 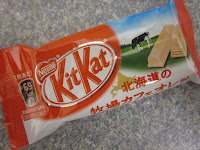 The Cafe au Lait is a mini Kit Kat and has 69 calories. It is made with white chocolate although it has a light brown tint to it. It smelled strongly of coffee. The coffee flavor was in both the chocolate and the cream, giving it a nice bitter bite to the sweetness of the white chocolate that I loved. It tasted just like a cafe au lait, although with more cafe than lait. I loved it the first time and I loved it again with the Hokkaido milk. I heartily suggest this Kit Kat to any coffee lovers out there.

Like the Cookies and Cream Kit Kat, the Strawberry Hazelnut Kit Kat comes in a box of 6 petits each with 25 calories. Hazelnut and chocolate is a no-brainer. Anyone who loves Nutella can attest to that. And strawberry and chocolate is Nestle's trusty standby, so I knew that despite it being yet another strawberry Kit Kat that this was something I looked forward to. 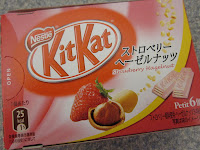 Upon opening the wrapper there was a strong fake strawberry smell. The chocolate itself is strawberry flavored with the hazelnut in the creme. The creme was very creamy and the hazelnut flavor kept the strawberry chocolate from being overwhelming. In truth this might as well have been named the Hazelnut Strawberry Kit Kat since there was more hazelnut than strawberry in my opinion. The small bites also prevented it from being too sweet since there was little danger of overdoing it. Overall, it was a great tasting Kit Kat. If you're going to try a strawberry version, I would recommend this one for sure.

Another lover of Kit Kats

Just a quick note encouraging you to check out fellow Kit Kat blogger haikugirl at My Kit Kats. She has several varieties of Kit Kat I haven't tried including Kit Kat ice cream, Kit Kat in yogurt, and a Kit Kat branded daruma.